Frames of 16mm film with the sprocket holes on the left side. Taken from authentic vintage 16mm leaders. 53 video files, 14 minutes of footage, ProRes, 4K UHD

Real 16mm film burns. This is film getting stuck in a projector which makes the lightbulb overheating it. 22 video files, 6 minutes of footage, ProRes, Full HD

Different 16mm film grain textures. Some have mild dust and scratches + the sprocket holes on the side. 15+ video files, 2.5 minutes of footage, ProRes, 4K 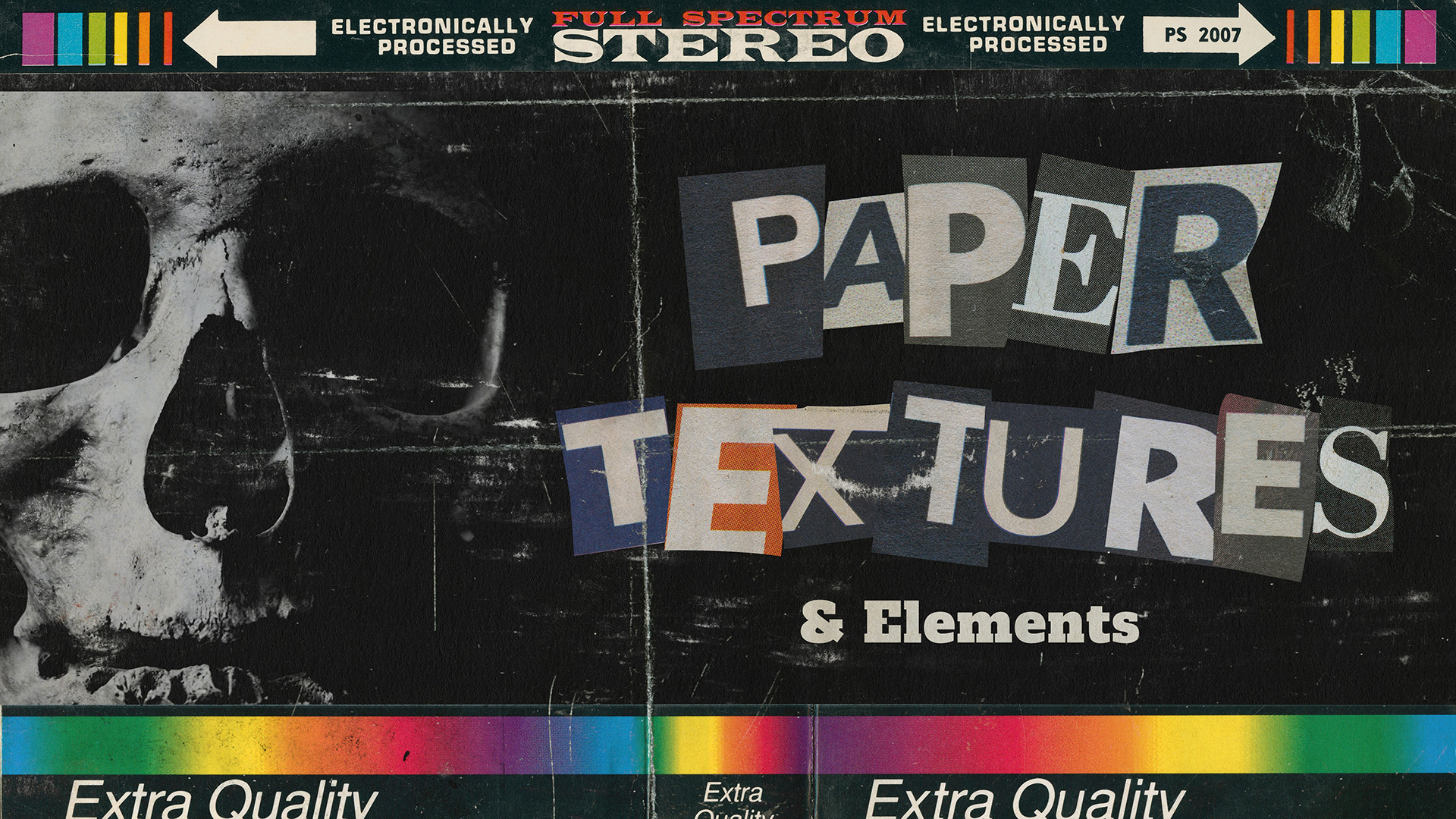 For Photoshop users. These vintage film textures and overlays are high resolution scans of authentic 16mm film. The size for each jpeg images is 5120 X 2880. 500 jpeg files. 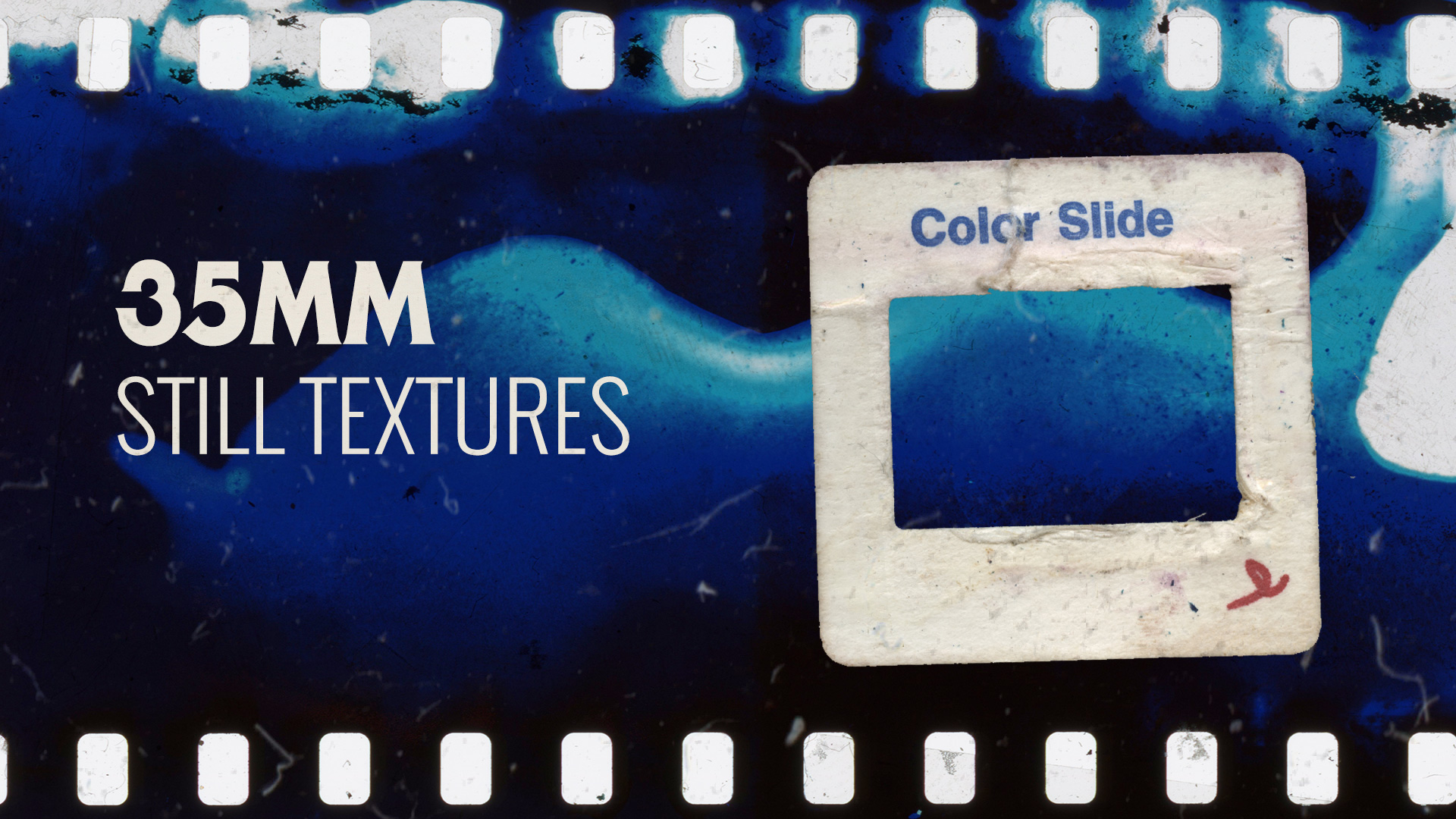 As seen in the Tarantino/Rodriguez double Feature of “Planet Terror” and “Death Proof”. These vintage 16mm intermission clips are available to you in Full HD.

A splice is an artefact created when two pieces of film are manually cut and taped together. Great overlays for any grungy video project. 40 video files, ProRes, 4K UHD

A crazy vintage film clip showed before trailers in drive-ins and movie theatres. you get the full 4/3 scan with sprocket holes and the cropped 16/9 version. ProRes Full HD

A nice collection of abstract 16mm film deteriorations. The film was soaked, scratched and other manipulations. 38 video files, 27 minutes of footage, Full HD

Film showing chemical reactions because it was soaked in bleach. Use as overlays, backgrounds or transitions. 14 video files, 7 minutes of footage, ProRes, Full HD

Animated black paper texture. Can serve as a title background, but it also makes a great overlay effect. Just apply the “screen” or “lighten” modes and adjust levels. 4K UHD

A beautiful super 8 film grain overlay effect with a sprocket hole on the left side. This effect works good with the “lighten” or “screen” blend modes. 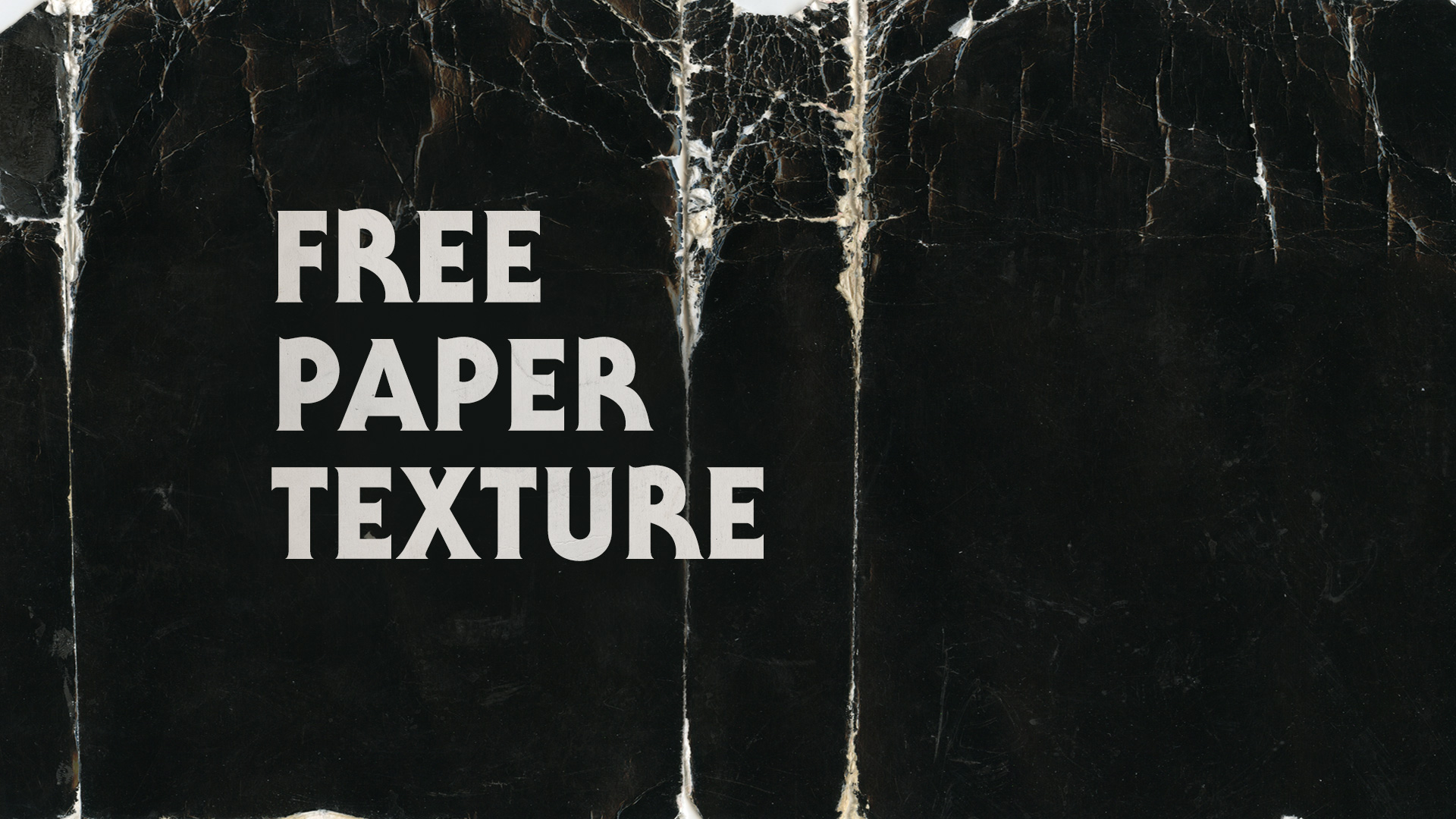 Free paper texture for photoshop users. A great way to make your digital image look like it is printed on old beat up paper. The recommended blend modes are “lighten” or “screen”.

Scratched red vintage 16mm film leader. Great for backgrounds, but can also be tweaked as a violent overlay or as a transition. Lenght is 22 seconds. Full HD

Free file that you can use for giving a dirty film look to your image. The recommended blend mode is “multiply”. Playing with contrast also helps. ProRes, 4K UHD

This vintage 16mm intermission clip is available for free in 720P. For an upgrade version with all the other authentic variants, you will need to buy the full HD Bundle.

Free authentic 16mm vintage film leader for your video editing projects. If you want more, we recommend you take a look at our vintage 16mm film leaders collection. 4K UHD

You are a filmmaker or a video editor and you are looking for a great way to give that old film look to your masterpiece. Well, you’re just at the right place. We have the greatest film scans with artefacts such as film grain, dirt and scratches, film burns, light leaks, flash frames, splices and beautiful photo chemical reactions.

We also offer some superb footage of old countdowns, head and tail leaders, and artistically colored grunge film. Our clips were created from authentic film that was shot with vintage cameras and then processed in labs.

Some of the film got intentionally beat up, and then, everything got digitized with high-res scanners. The Quicktime files will work on any decent video editing or compositing software such as Final cut pro, Adobe after effects, Adobe premiere or Avid media composer.

If you plan to use some of our files as filters, just place them in your timeline over your footage, and play around with composite mode effects such as overlay and screen. You can also do some tweaking with the levels and the opacity until you get the desired feel you are looking for. 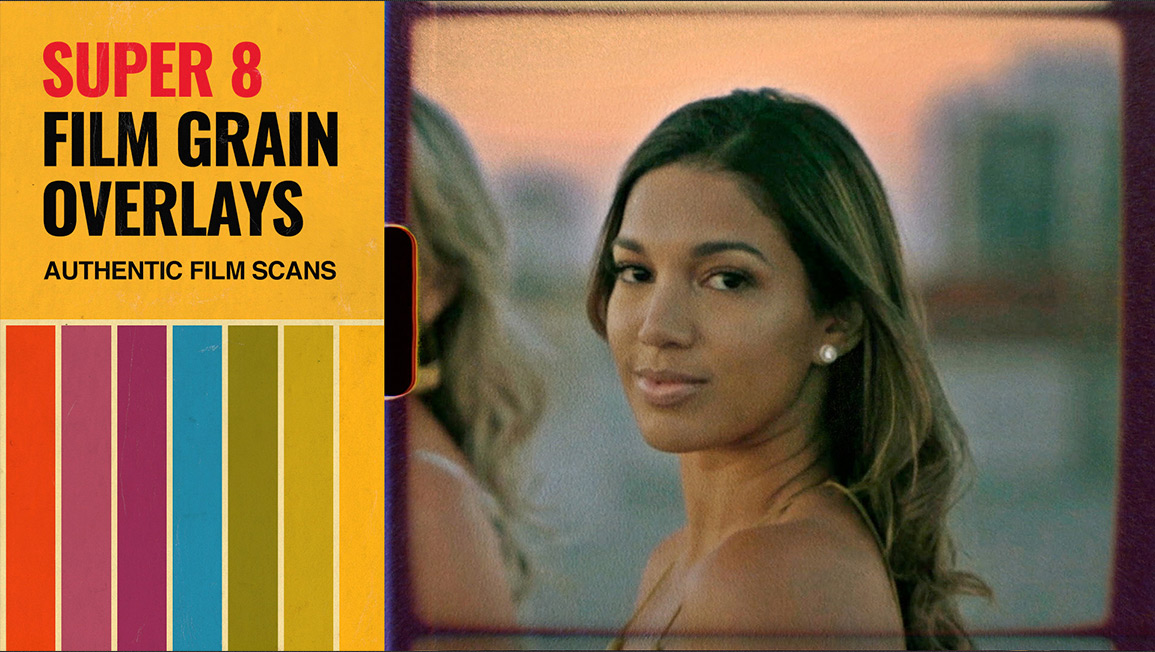